The reality cooking show, “Chopped,” left Chef Tim Grandinetti with even more of an appetite for grilling. The New York native received glowing feature news coverage of his Food Network competition, filmed in Arizona just weeks before Grandinetti and partners opened the Spring House Restaurant, Kitchen & Bar in Winston-Salem, North Carolina. Despite the secrecy and subterfuge surrounding the show’s filming, Grandinetti’s most recent claim to fame hit the papers well before the shows aired in August. The media coverage in the Statesville Record & Landmark called for custom wall plaques to commemorate the moment in perpetuity. 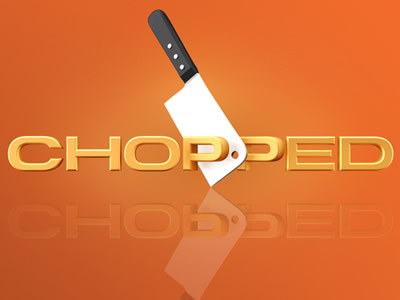 The Road to Stardom is Paved With Roast Pig
It was only after Grandinetti moved to North Carolina to work as a chef for Marriott Hotels that he first tasted Southern-style barbecue. That first taste whetted the young chef’s appetite for the smoky fare, and in just five short years he became an expert pitmaster in his own right, hosting grilling competitions for chefs nationwide and competing to perfect his craft.

Grandinetti said “Chopped” was a unique experience that truly tested his mettle at the pit. The show features competitions between chefs who are given specific ingredients they must incorporate into gourmet meals, to be critiqued on presentation, originality and taste by a panel of judges. Chefs are eliminated in a series of episodes until an ultimate winner is selected. Grandinetti wasn’t a contender on the regular “Chopped” show, however; it was a special edition of “Chopped: Grill Masters.” The fact that Grandinetti went from barbecue newbie to national grill master in five short years is news, in itself.

Read The Writing on The Wall
While the press coverage Grandinetti received didn’t reveal how he fared on the network chefs’ competition, it will continue to reveal to Spring House patrons that the chef they admire has earned his stripes under fire. Custom wall plaques are a great way to preserve that well-earned media ink and share it with others as a conversation starter; a conversation that could translate into major points for any aspiring restaurateur. 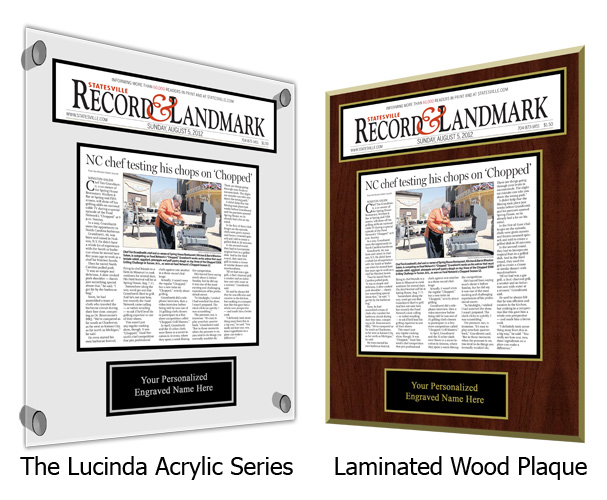 How great will your article look in a custom mount from That’s Great News? See today with a FREE, no-obligation online preview.

Generational Insight: How to Give Recognition to Baby Boomers