Glades Herp Farm in Bushnell, FL, isn’t some nondescript Everglades endeavor. It’s ground zero for Discovery Channel’s “Swamp Brothers” show, featuring Robbie and Stephen Keszey and their wildlife friends and foes. It’s their circuitous and unintentional path to stardom that was the focus of an article in Ocala Style Magazine last April, an article the brothers share with their guests now, preserved with custom article mounting. 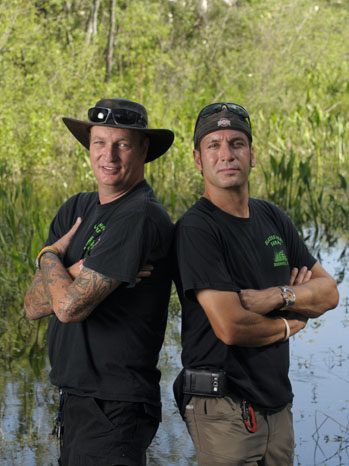 Country Boy and City Boy Meet Gators
Raised in the nation’s heartland, the brothers found themselves on very different paths in life. Stephen found himself tending bar on Manhattan’s Upper West Side, while Robbie went on tour with the rock band Poison. Life took Robbie to Florida and Glades Herp Farm, where their mother’s illness brought the brothers together again for good. By chance, the brothers’ hilarious interactions around the Herp Farm’s inhabitants caught the attention of reality show producers, and in no time they graced the small screen in a Discovery Channel show that is both educational and edge-of-your-seat entertaining.

Much to Stephen’s chagrin, the farm is home to more than 400 alligators, 60 crocodiles, countless lizards and more than 100 species of snakes, including the world’s deadliest snake, the Inland Taipan. Now known as the largest poisonous snake farm in the world, Glades Herp Farm focuses primarily on conservation, venom research and humane capture and sanctuary for non-native species.

Trophies On the Wall: Custom Wall Plaques
The Kerszeys may not be strangers to fame, but it’s the coverage of their life’s work – the Glades Herp Farm – that they wanted to preserve with custom article mounting. Reality television is fleeting and fame comes and goes, but now they have a professionally preserved record of the Ocala Style Magazine article that recorded how life brought them to fame, fortune, and a life full of swamp critters. 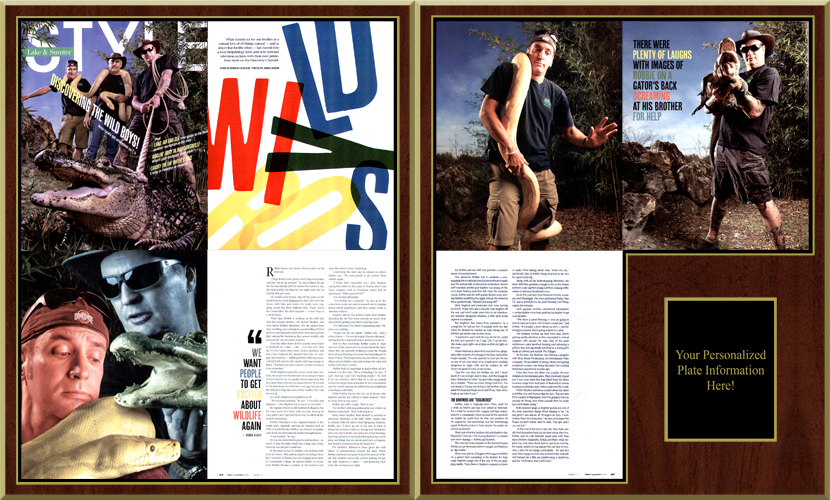 You Don’t Have to be a Charmer
Whatever your news, if it’s in a magazine or newspaper article, it deserves to be preserved. You can see how your article will look before you even purchase it with our online preview. There’s no obligation to purchase and it’s FREE. The Swamp Brothers did it…are you in?

Celebrate your great news with a recognition plaque